TomTom has today announced a multi-year partnership with AOL to power its core mapping services for MapQuest.

TomTom was already providing map data to MapQuest for its mobile app since 2012.

Many drivers have chosen to get extensive directions on the road from the likes of Google Maps, Bing Maps, HERE Maps and Apple Maps, instead of using the expensive navigational aids included in several cars. These free apps are also in a bit of a pickle since driving and using a smartphone or tablet is banned in several states in the U.S.
The Transportation Department is planning to step in and make a difference, though it is not certain if the plan has any chance of taking off. The plan here is to battle distracted driving by seeking congress' permission to regulate driving navigational aids of all types, even the ones that are used on smartphones and tablets.
A new piece of the Obama administration proposes a transportation bill that is aimed at granting the National Highway Traffic Safety Administration the ability to set certain restrictions on navigational apps, and later order changes if they are deemed dangerous.
Several technology companies and developers are complaining about this measure, as they believe it would bog down innovation. However, officials claim that they have no intention to interfere with apps in development. The bill would simply give them the ability to mandate changes if an app should prove dangerous for use on the roads.
So far, the new measures have the support of automakers who believe that since their own built-in navigation solution must face voluntary guidelines, apps such as Google Maps and Apple Maps must face the same treatment.
However, how is it going to work if the Transport Department lacks the resources to handle both Silicon Valley and the auto industry?
"They don't have enough software engineers," said Catherine McCullough, executive director of the Intelligent Car Coalition, an industry group. "They don't have the budget or the structure to oversee both Silicon Valley and the auto industry."
Regulators claim that they already have the authority over navigation aids, and only want it to be clearly written into law. If it should become law, it would mean a person on his/her smartphone while driving should not be forced to pay a ticket, but only if they were using a navigational app.

Today, we announced a new premium navigation app for Android™ and iPhone® starting at $1.99. Garmin víago offers advanced navigation features not available from free apps, guiding drivers through the most challenging situations with ease. The app comes with access to off-board maps for many regions around the world and navigation features such as current speed and speed limit display, lane assist, weather information, in-map traffic display, and photo-realistic junction views. Plus, users can easily upgrade their experience with premium add-ons like downloadable maps (“Maps to Go”) that don’t require a data connection to navigate, real-time traffic with automatic rerouting, urban navigation with public transportation1, 3D terrain view, and much more. Víago is the first smartphone navigation app that features Garmin Real DirectionsTM (in app purchase), giving spoken turn-by-turn directions just like a friend would by using recognizable landmarks, buildings, stop signs and traffic lights.
“Garmin víago offers the best navigation technology available from Garmin, helping drivers to reduce stress and save time on the road,” said Joern Watzke, vice president world-wide mobile business at Garmin Wuerzburg GmbH. ”The comprehensive feature set goes far beyond simple turn-by-turn directions and assists drivers like no other navigation app. Premium in app purchase options allow users to fully customize their navigation experience and only choose the features they want.“
Leading Navigation from Garmin
Garmin víago is the perfect starting point for any journey with accurate turn-by-turn directions, high-quality off-board maps from HERE, and premium features. The intuitive and clean interface keeps the map at the center of the user experience at all times. Planning trips is easy with the convenient multi-stop route planner that lets users add multiple destinations to a trip. The app even provides information on the weather conditions at the destination, including a 3-day forecast.Additional features of the app include lane assist and photo-realistic junction views, letting drivers know in advance which lane they should be in to make a turn. Speed Limit Display provides information on speed limits, conveniently displayed next to current speed.
Víago also is a perfect companion in urban or metropolitan areas with pedestrian navigation and information on public transportation1. Users can easily switch from one mode to another, for example from car to pedestrian navigation to continue by foot after parking the car.
Upgrade with Premium Features
Garmin víago offers a whole array of additional premium features through in app purchase packages. Users can purchase high-quality onboard maps (Maps to Go)2 that are stored locally on the smartphone, providing navigation capabilities even in areas where cell phone coverage is spotty, such as when traveling in the backcountry. Maps to Go are available for different regions around the world to avoid roaming fees when navigating abroad. The maps can conveniently be purchased within the víago app and there’s no need to download separate apps. Other premium in app purchases include Garmin Real DirectionsTM, a feature only available from Garmin that gives more natural and intuitive directions, using landmarks, stop signs and traffic lights, rather than hard-to-read street names. The Safety Kit package includes, among other features, Active Lane Guidance, displaying an animated graphic next to the map view that uses brightly colored arrows to indicate the proper lane needed to make a turn. With Traffic Live users automatically get routed around gridlock, utilizing historic and real-time data from other drivers. Panorama View offers 3D views obtained from NASA’s height and terrain data for intuitive visual orientation. Urban Guidance1 integrates public transportation, complete with detailed itineraries of transit stops. To learn more about the in app purchase packages, go to garmin.com/viago.
Useful Accessories
Garmin víago is compatible with Garmin HUD, an innovative new way of viewing navigation information in the car. HUD projects crisp and bright directions onto a transparent film on the windshield or an attached reflector lens. By providing comprehensive road guidance at a glance and right within the driver’s line of sight, HUD can help increase safety and reduce driver distraction. Garmin also offers a variety of mounts to safely secure the smartphone in the car while navigating.
Pricing and Availability
Garmin víago is available now on Google PlayTM and the App Store at an introductory price of $.99 (normally $1.99) until July 13, 2014. The in app purchase packages range from $4.99 to $19.99. Maps to Go and Traffic Live are 50 percent off during the promotional period.
[VIA] 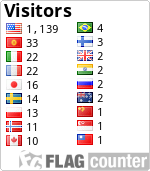